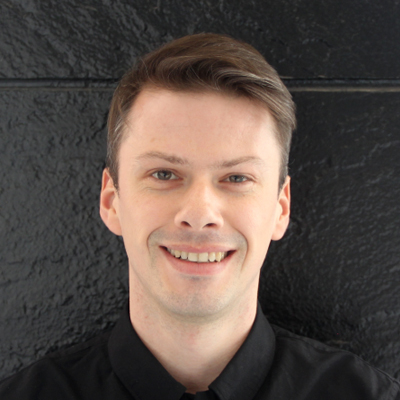 … and yours could be next!

At NYC Mesh, our core mission is to connect individuals all over New York City to affordable, neutral and resilient high-speed internet. But I believe our mission goes well beyond that. I think we do our best work when we help build and empower communities as well as individuals, online and offline. That’s why I’ve been working for the past six months with the 700 Jefferson Avenue block association, led by the amazing Kiki Bowser-Santiago, to connect neighbors up and down the block to our network. So far, we’ve installed six rooftop antenna locations that serve ten households… and counting!

How it all started

A few days ago I called Kiki to find out how she heard about NYC Mesh and how she decided to join our community. It all started, she told me, when she saw a facebook post about NYC Mesh about a year ago.

“I looked it up,” she told me, “and it sounded kinda good, but sometimes when you hear these things it’s like, eh, too good to be true.”

(I don’t blame Kiki—when I first heard about Mesh on a first date a year and a half ago, I couldn’t believe it either!)

But by February this year, Kiki got frustrated with her cable internet service. She had just upgraded to a premium high-speed plan to support her family of five’s many devices, but the service fell well short of what the company promised, and wasn’t even reliable enough for her to use her voice-over-internet phone, which she relies on to get messages from her kids’ school.

“There would be calls,” she told me, “And I’d hear every other word. And I was like, ok, I’m over this! I’m going to find that random post I saw because there’s gotta be something better!” 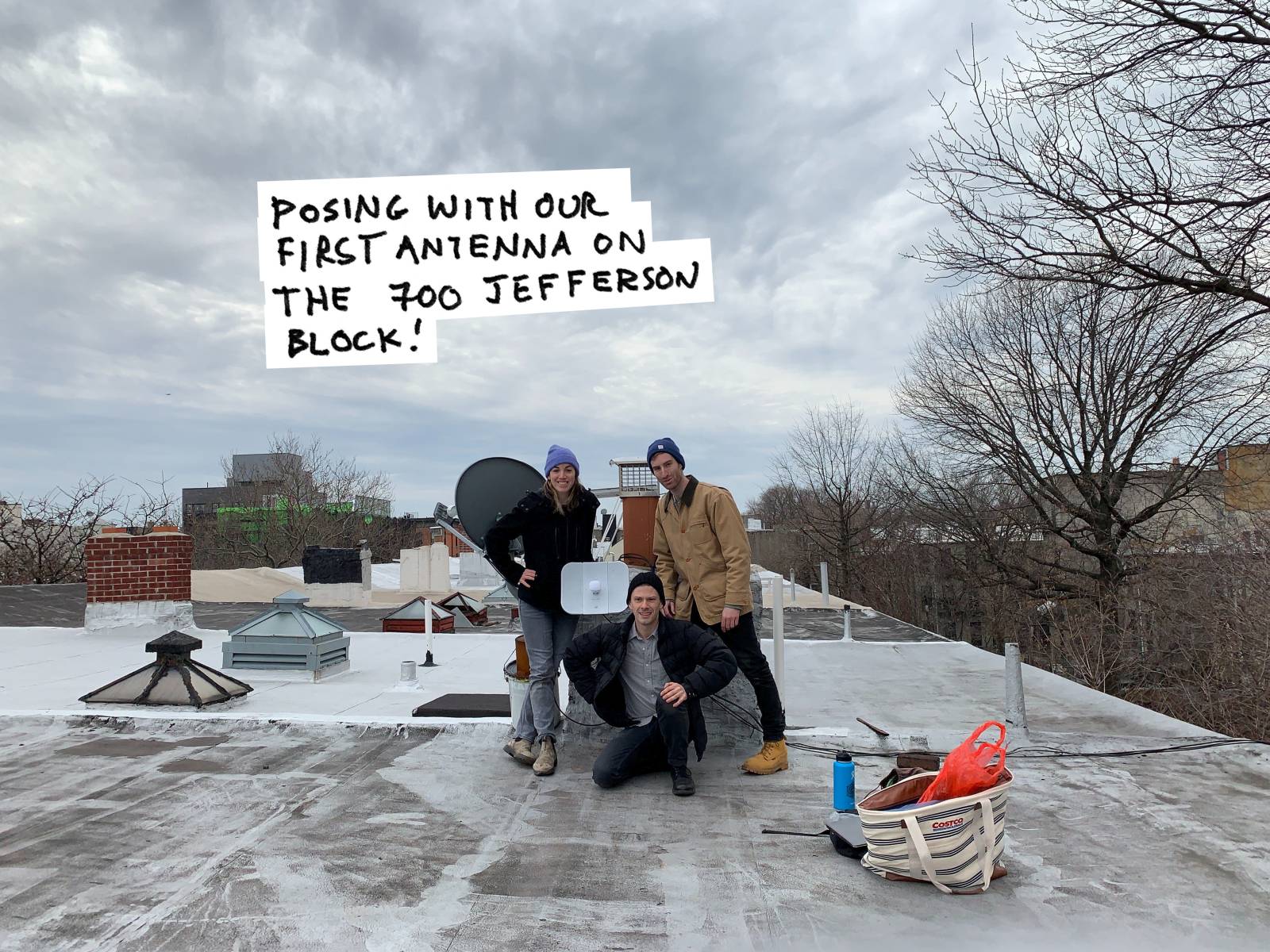 So Kiki and her husband Eugene signed up for a volunteer-led install, and on a chilly day in February I went out to connect them with my co-installers Shea and Aaron. We attached an antenna to their chimney, pointed it at the Saratoga Village hub, ran a cable down to their kitchen and set up an indoor router. And we were online! Kiki and Eugene were excited to try it out. 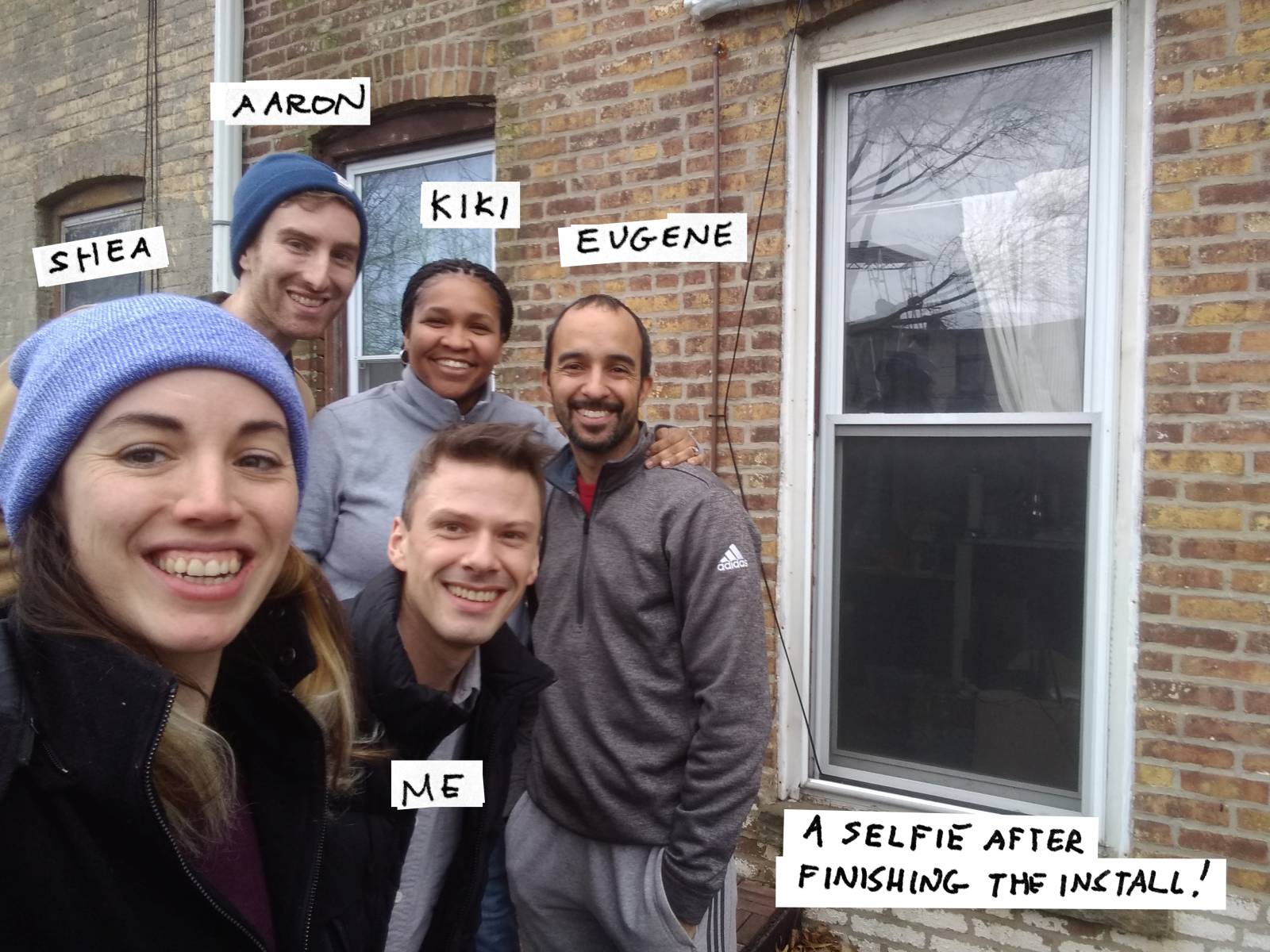 Getting the word out

A few days later, Kiki (and all 102 other subscribers to the 700 Jefferson Ave block association email list) received an urgent appeal for help from Karen. “Everybody, I’m at my wits’ end with Optimum!” she wrote. “What else do people have?”

After a few hesitant suggestions, the email conversation turned into a collective vent at the cable companies for failing to deliver on their plans to bring better service to the block. Then Kiki responded to announce that she had just connected to NYC Mesh.

“So what do you think?” someone wrote back.

New emails came flooding in. “I was literally inundated!” Kiki told me, laughing.

To get help answering all of her neighbors’ questions, Kiki invited Shea, Aaron and I back a week later to a block association meeting in the local church basement. It was an extremely cold night but Karen and a number of other block residents braved the weather to come meet us. 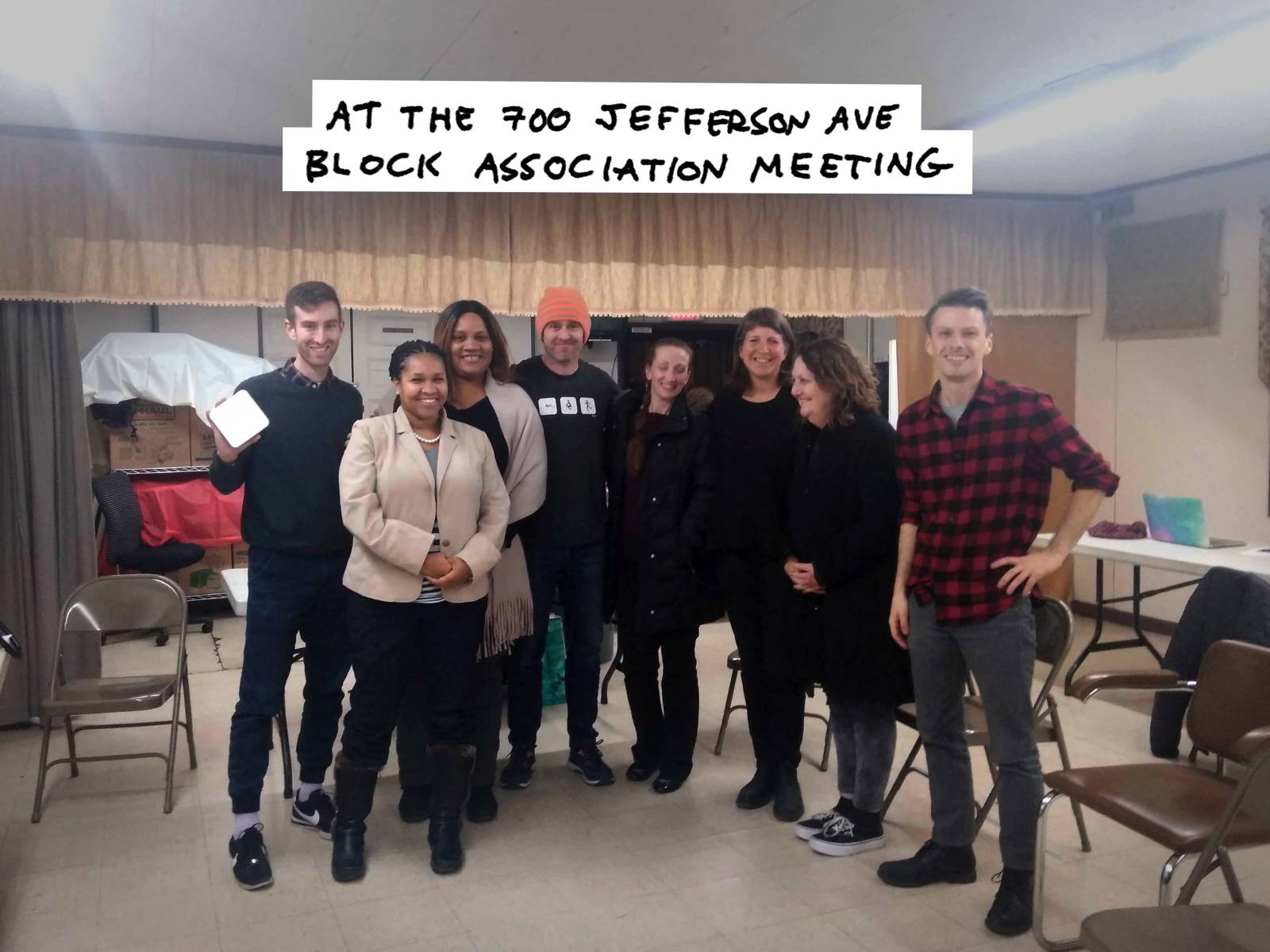 I was pretty nervous going into the meeting—it was my first time presenting publicly about NYC Mesh! But we had a great conversation and worked together to plan a sequence of installs for the block. We learned that Karen couldn’t access her rooftop without a tall ladder so we discussed who on the block could could lend her one. We also learned that Karen’s rooftop was too low to connect to the Saratoga Village Hub, so Simon, Karen’s neighbor across the street, stepped up to offer his rooftop solar panel array as a local hub that would allow us to connect Karen and others on the block.

Connecting neighbors to our network (and to each other)

A few months passed. It took Simon a while to confirm that he could mount antennas to his solar panel array but as soon as he got the go-ahead we were off to the races. In one weekend we connected Simon’s family and his neighbor Chirag, and the next weekend we came back to connect Karen, Karen’s tenant Andree, and Kiki’s neighbors George and Miriam. This install was particularly special, because for the first time we were not only connecting block residents to Saratoga Village but to each other, forming a more resilient mesh network. Now, if one antenna on the block went down, neighbors could still connect to the internet through another. 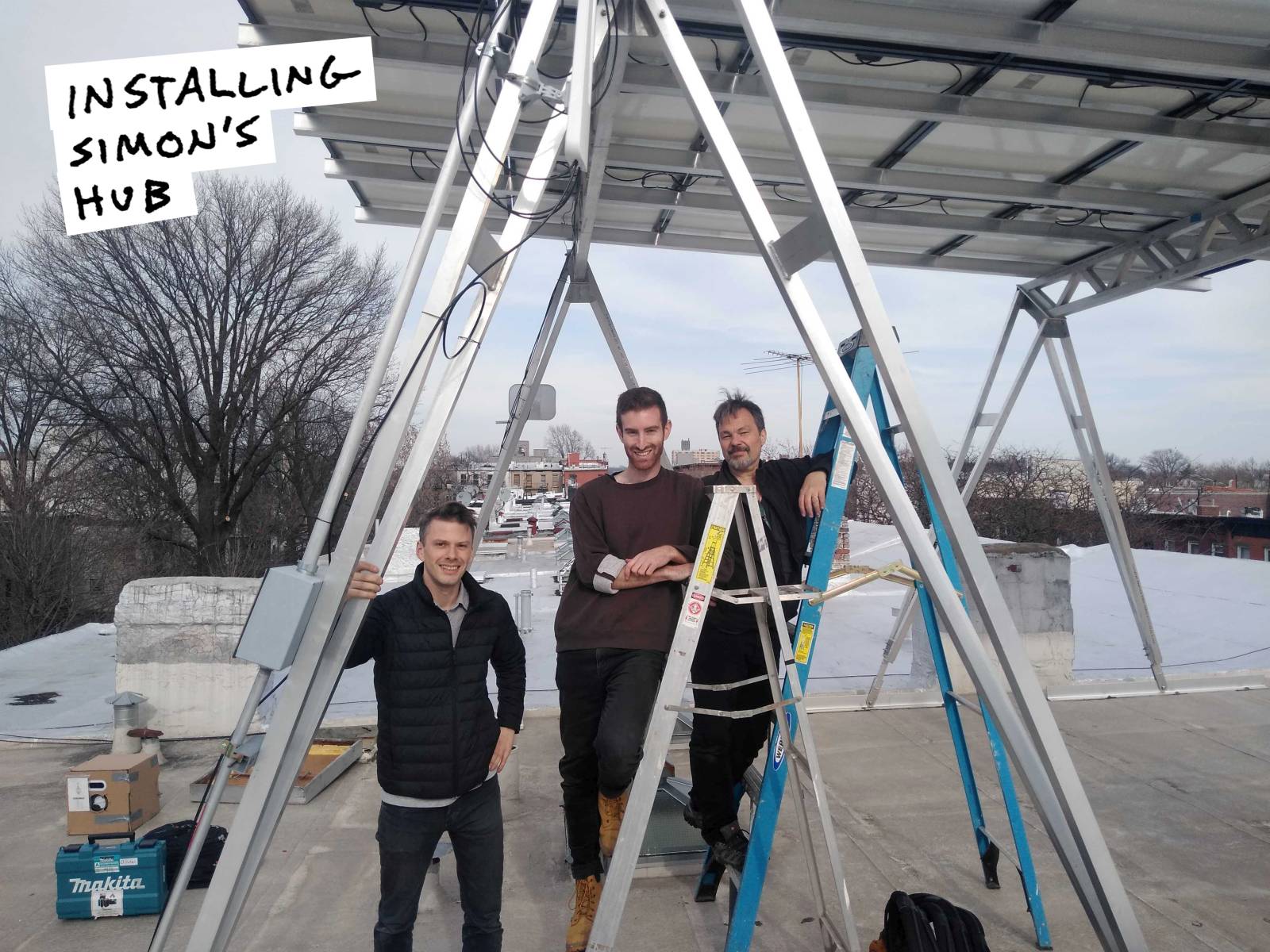 Unlike Kiki and Eugene, who had upgraded their cable plan before getting frustrated and reaching out to NYC Mesh, George and Miriam had opted for the most basic plan. When they showed me the speeds they were getting my jaw dropped. Less than 2 Mbps down, which wasn’t even enough to stream music let alone watch a movie or make a phone call! When we connected them to NYC Mesh, our first speed test yielded 51 Mbps down, more than 25 times the speed of their existing connection. You can see how happy they were when they posed for a photo with the antennas they share with Kiki and Eugene. We didn’t have to tell them to smile for the camera! 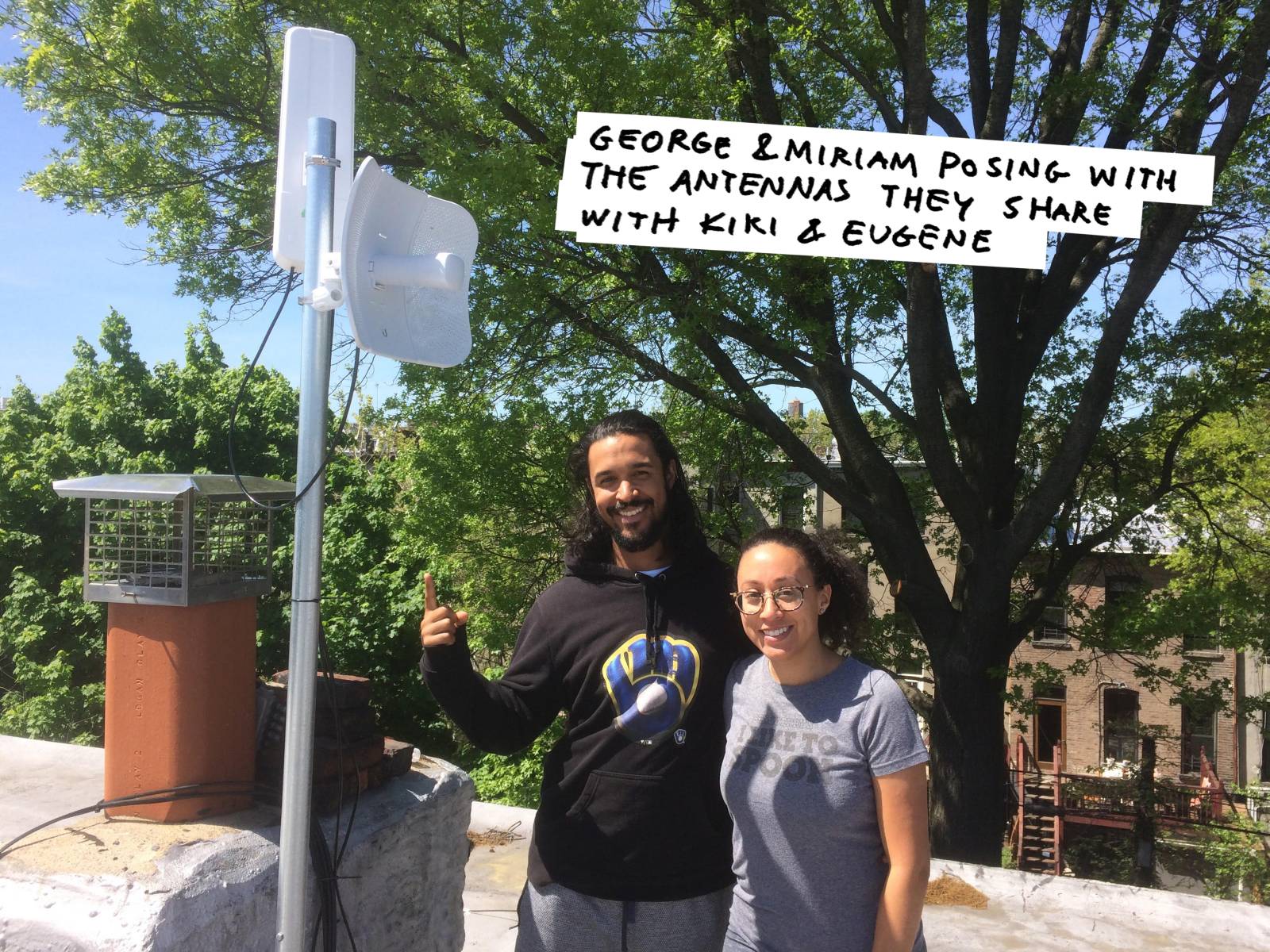 After wrapping up the double install, we bumped into Brandon on the street, who had lent his ladder to Karen so we could get up onto her roof. “Hey, you’re next!” I told him. And sure enough, next weekend we were back hooking up Brandon and his tenant Puck. 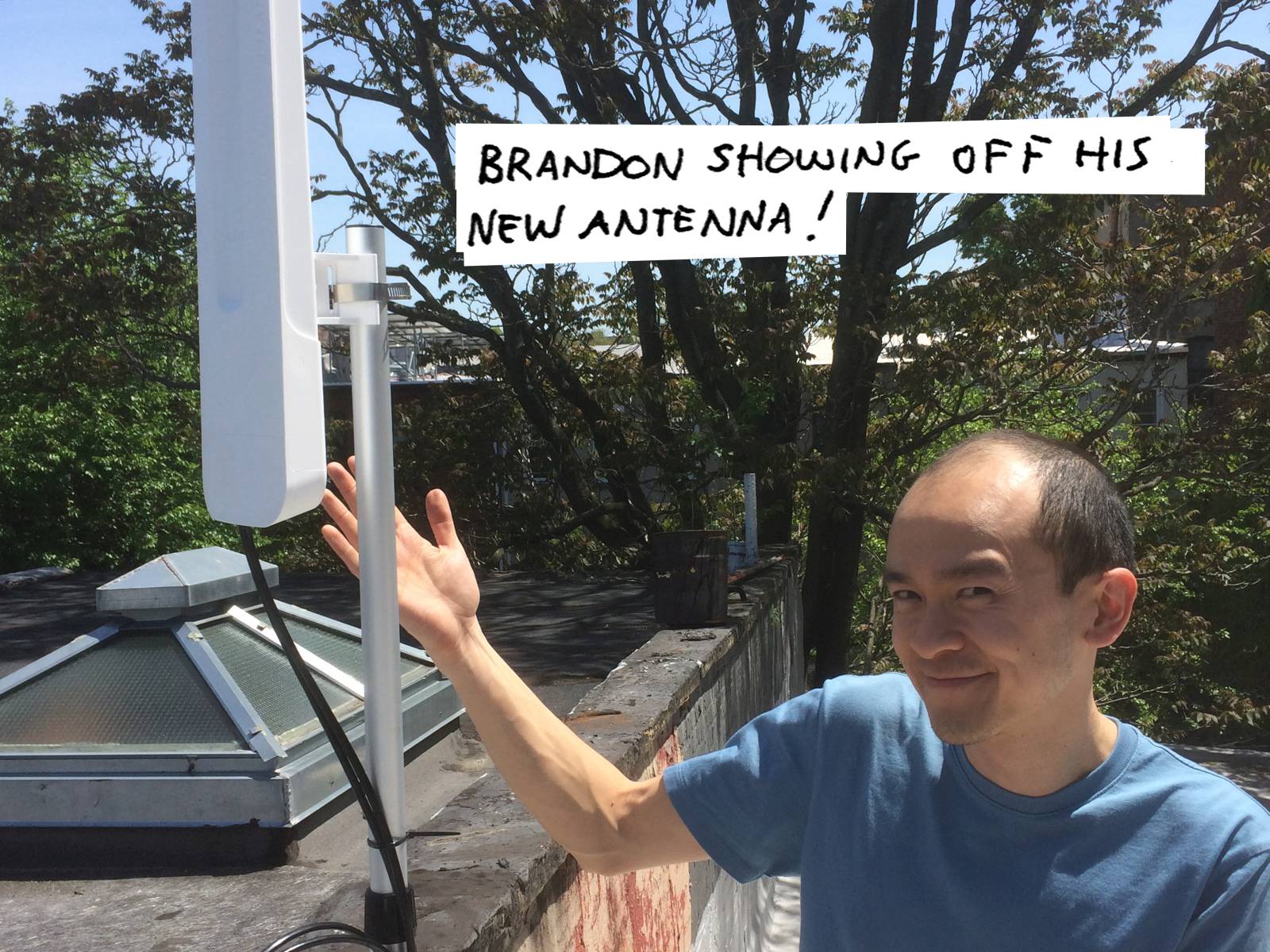 A month after trying out Mesh alongside his existing Optimum connection, Brandon cancelled his cable subscription. I called up Brandon to find out what he uses Mesh for since he cut the cord. “We have our phones and laptops,” he told me, “but we also have a bunch of connected devices that are hooked up to it. There’s an Alexa, there’s our Nest and also our home alarm system.”

I asked Brandon, “What would you tell people who are on the fence about getting connected to Mesh?”

“I would just say try it!” he said. “I’ve been using it for several months and I’ve been really happy with it. It’s way cheaper than cable and I think it’s a nice way to support a community organization that’s trying to do something helpful for people.”

Reaching out beyond the block

Last month, Kiki invited us back again to set up a table at the annual 700 Jefferson Avenue block party. It was a blast—we met a lot of new block residents, handed out pamphlets explaining how the Mesh works, showed young people how to put an antenna together and chowed down on some delicious barbecue. And because our rooftop antennas broadcast public WiFi to the street, we were also able to help new people sign up for a volunteer-led install. 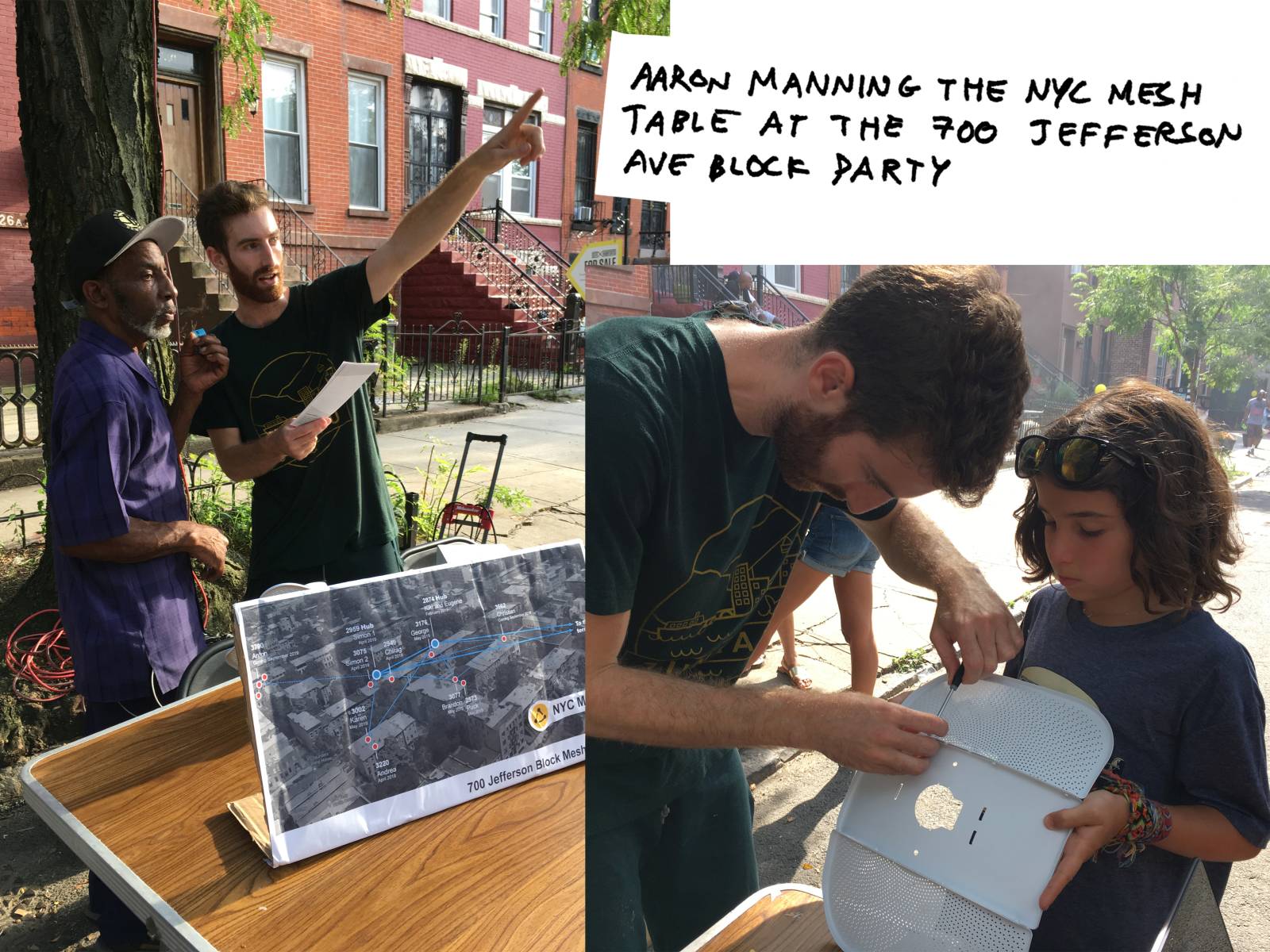 And since the party, we’ve started expanding beyond the 700 Jefferson Avenue Block. In August, we hooked up Anton around the corner on Putnam Avenue, who previously relied on the faint wifi signal from the laundromat in his building to connect to the internet. And just this week, we returned to the block again to connect our newest member Christian as well as fix a cable that was accidentally cut in an unfortunate tree pruning incident(!)

As an install leader and organizer at NYC Mesh, I’m so grateful that I’ve had the opportunity to work with the 700 Jefferson Avenue block association to connect so many neighbors to the Mesh network, to the internet and to each other.

The 700 Jefferson Avenue block association is just one of hundreds in New York. If you are a member of a block association and you would like to get together with your neighbors to join NYC Mesh, you can get in touch with me by email at willem@nycmesh.net, come to one of our monthly meetups or chat with other community members on our online forum Slack. We’d love to hear from you!

A big thank you to everyone on the 700 Jefferson Avenue block who has joined our community as well as all the installers to date: Shea, Aaron, Olivier, Chett, Duncan, Rory, Glenn, Javier, George, Carlos, Rob, Marie and Brian.