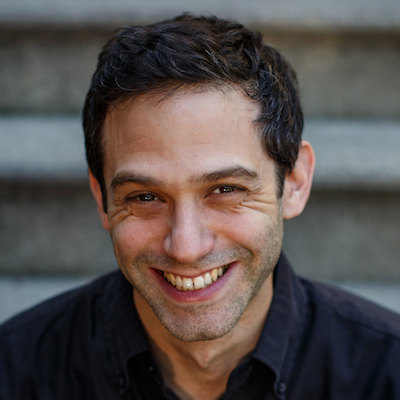 When my wife and I moved to Bed-Stuy in 2012, it was the day after hurricane Sandy. Some people we knew were unreachable for days due to power and communications outages. Under the overgrown weeds in the backyard we found half of a giant maple tree lying on the ground. A neighbor told us it fell into the yard during a tornado a couple of years earlier. Half the block would have been left in the dark for days if the tree hadn’t barely missed the black spaghetti tangle of ConEd, Verizon, and Optimum cables hanging every which way from crooked old wooden utility poles.

It’s hard to deny we’re all rapidly becoming ever more dependent on the Internet as a vital resource, as important as electricity and running water. But it’s equally hard to deny the increasing risk from extreme weather, political censorship or violence, corporate greed, and stupid accidents. We can’t really count on the Internet to communicate freely, especially when we need it most; Being disconnected means you can’t organize and coordinate. That must be great news for fascists and plutocrats, but it’s terrible for you and me.

But there’s a way to change this, and it’s something we can do on our own. In fact, we have been doing it on our own on my block: we’re setting up a block-scale Internet infrastructure that we own and maintain ourselves. 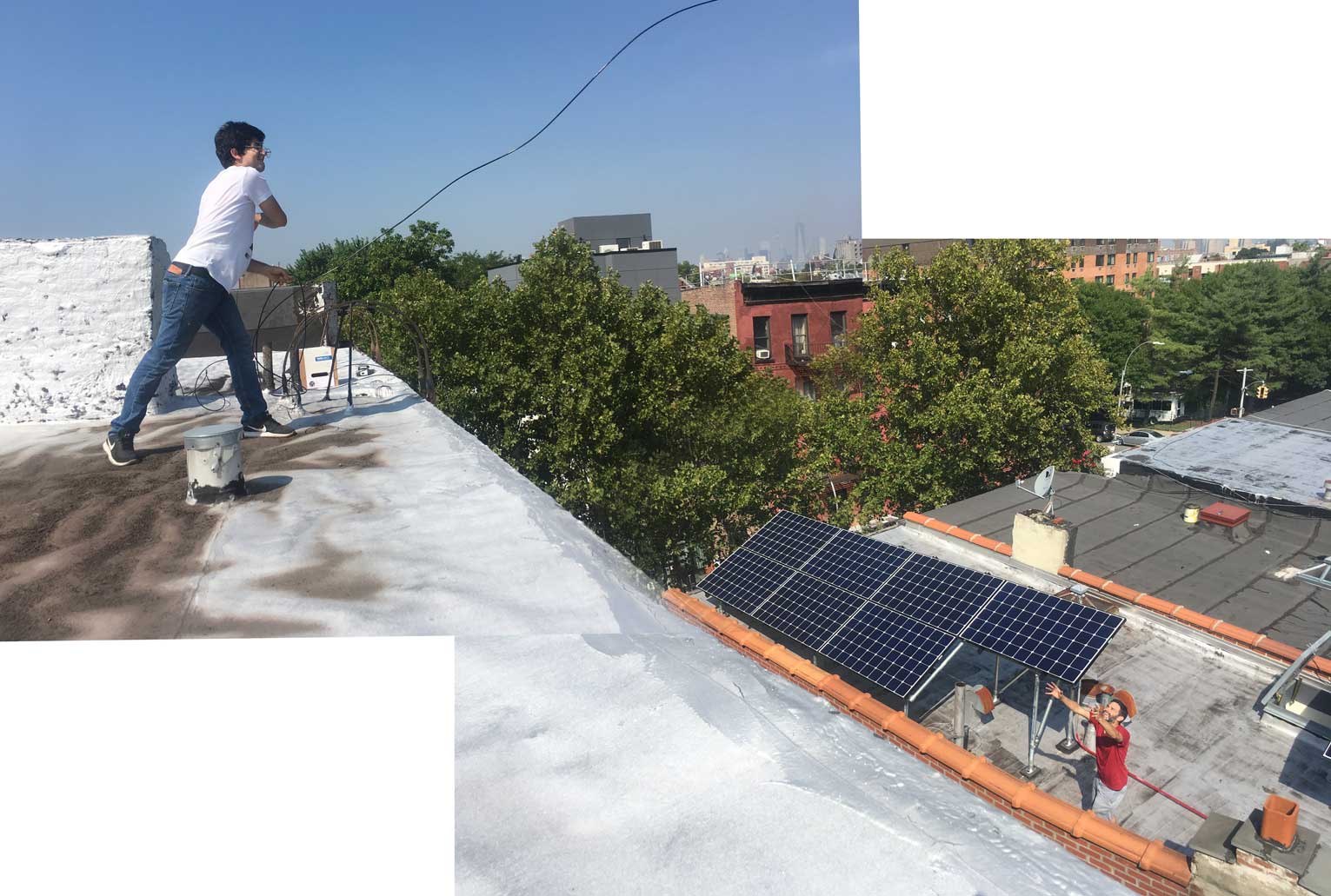 We installed a central router and switch in my house. My neighbors Gregory and Douglas offered their tall rooftop to set up a wireless access point for neighbors across the road and around the corners, as well as the long-range wireless links needed to connect us to the Internet. Neighbors Emma and Philip helped run cable (along with fellow NYC Mesh volunteers Josh and Georgio). The total investment in gear added up to less than $50 per each of the twenty connected households, and it should last us for several years. This kind of setup is affordable to everyone on our diverse block, which includes retirees, students, and a city housing project around the corner. 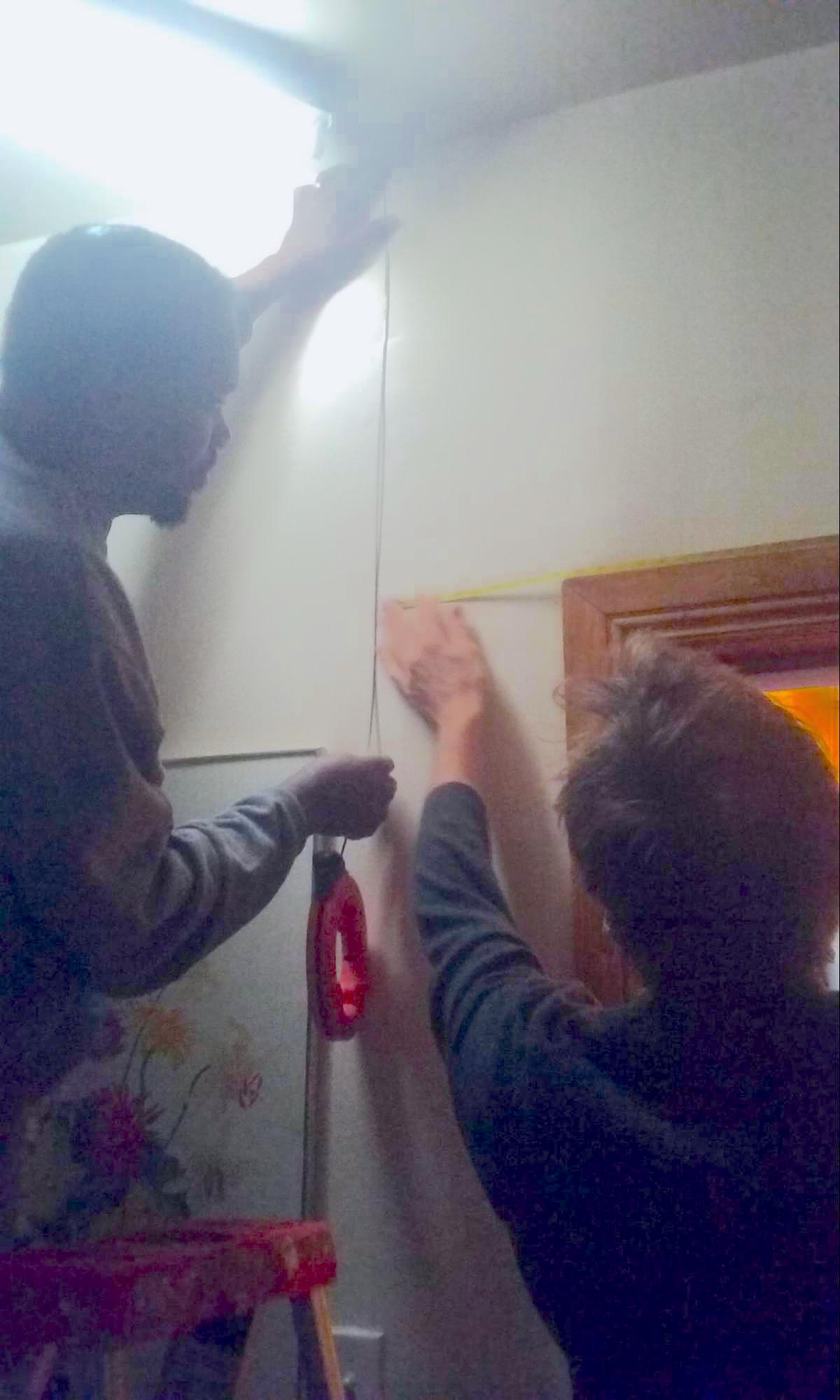 Since our block network is part of NYC Mesh, it’s connected straight to the Internet “backbone,” bypassing the commercial ISPs. What this means:

Instead we each donate a suggested $20/month per household so NYCMesh can maintain and grow the wider community infrastructure we rely on, and we extend this network by offering links to other network hubs.

And we know this model works. In early October 2018 the Mesh suffered interruption when one of its main nodes had to be taken down on short notice, leaving dozens of members without a connection. We came together as a community and found a way to realign and reroute our gear so we can keep as many people connected as possible. As I write this we’re relaying the traffic from NYC Mesh members across Bed Stuy, Bushwick, Ridgewood and Crown Heights through my block’s modest infrastructure. Technically it’s still work in progress and we’re learning as we go. But as far as I’m concerned it’s a dream come true: we’re all working together for no other reason than to keep our neighbors connected to each other and the world. 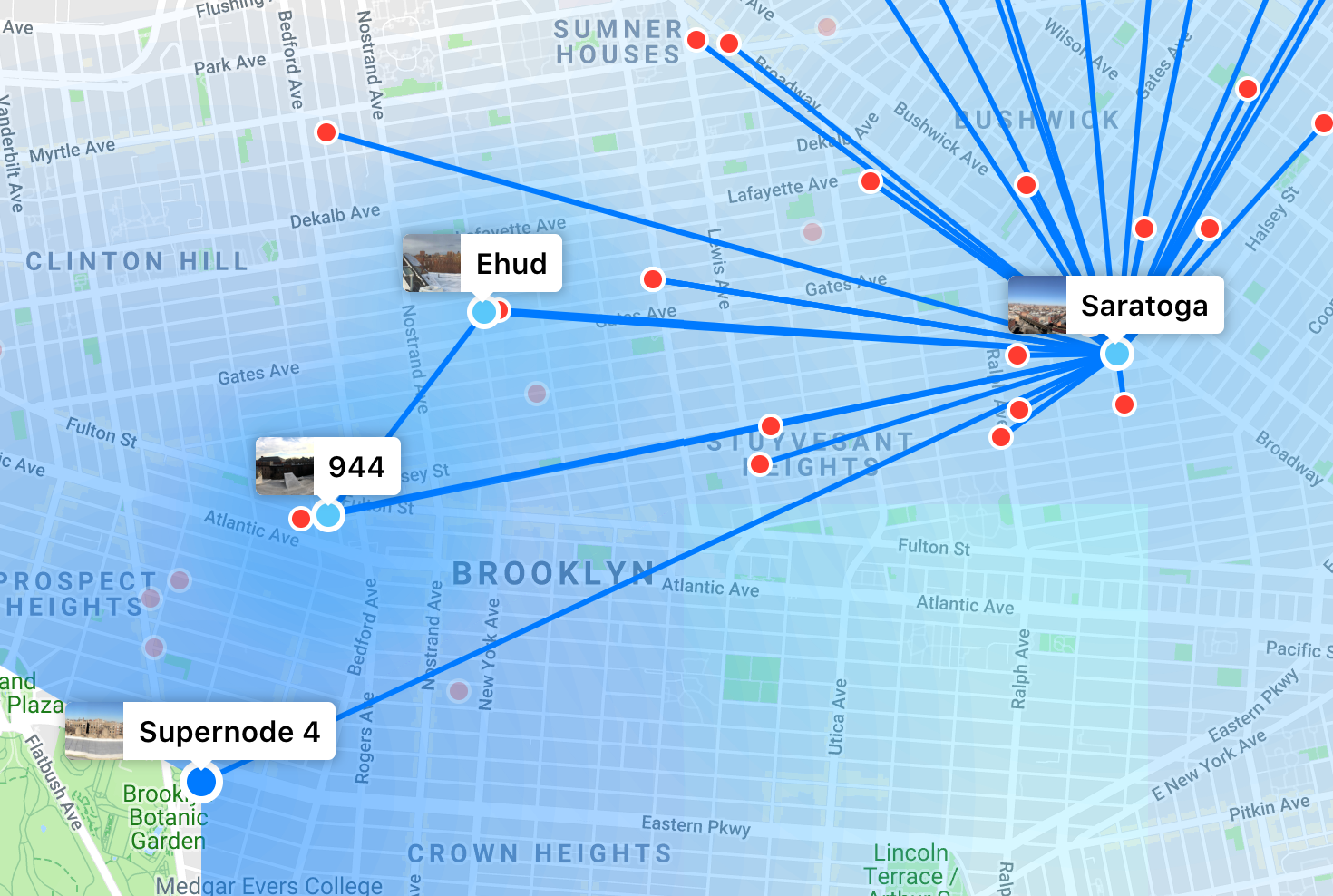 My node with wireless connections to 944 and Saratoga

There’s no giant yellow bird living on our block, but it is kind of like Sesame Street: it’s a very diverse and friendly place. We have people from the Midwest and the Middle East; African-, Asian-, Caribbean-, European-, and any other kind of hyphen-Americans. We have an ex-policeman who drives a giant pick-up, and an entrepreneurial genderqueer fashion designer. Owners and renters; newcomers and old-timers. We sit on each other’s stoops, see each other’s kids grow, have each other over for drinks and meals, and we watch out for each other. And now we’re also making sure everyone can stay connected to an open, resilient, neutral, fast, secure, and affordable Internet.

My neighbors and I would like to thank all the NYC Mesh volunteers who helped at every step of the way: Calil who helped with the first signal test; Emma, Georgio, Josh, and Philip who helped install; Ara who made node 1340 happen; Brian, Zach, Oliver, Logan, Matt, Myf, Quinn, YK and everyone else for all the support; and above all to Jesse who spent countless hours holding my hand through the process, teaching me how to fish, and troubleshooting with endless patience.