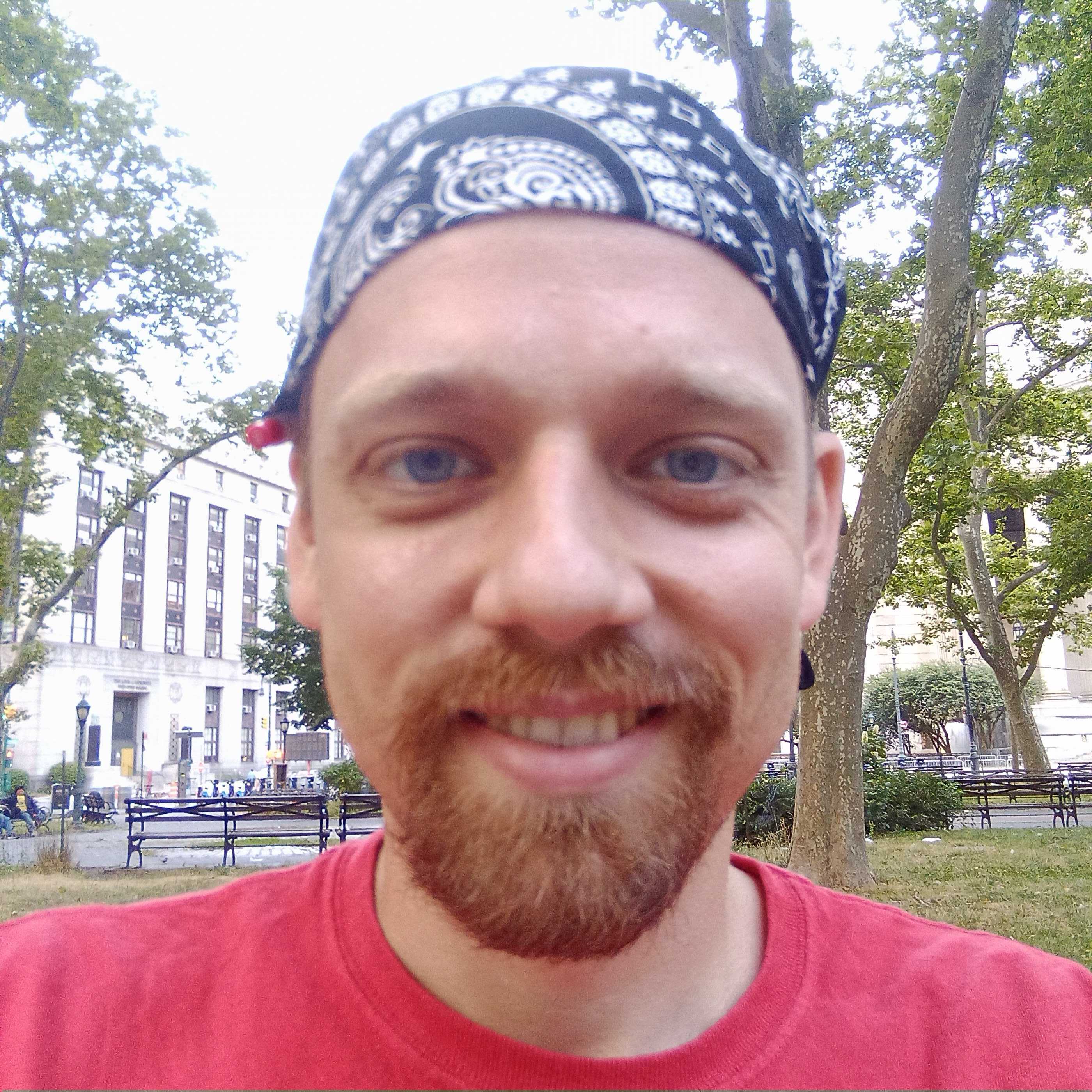 written in collaboration with with Vlado and Willem 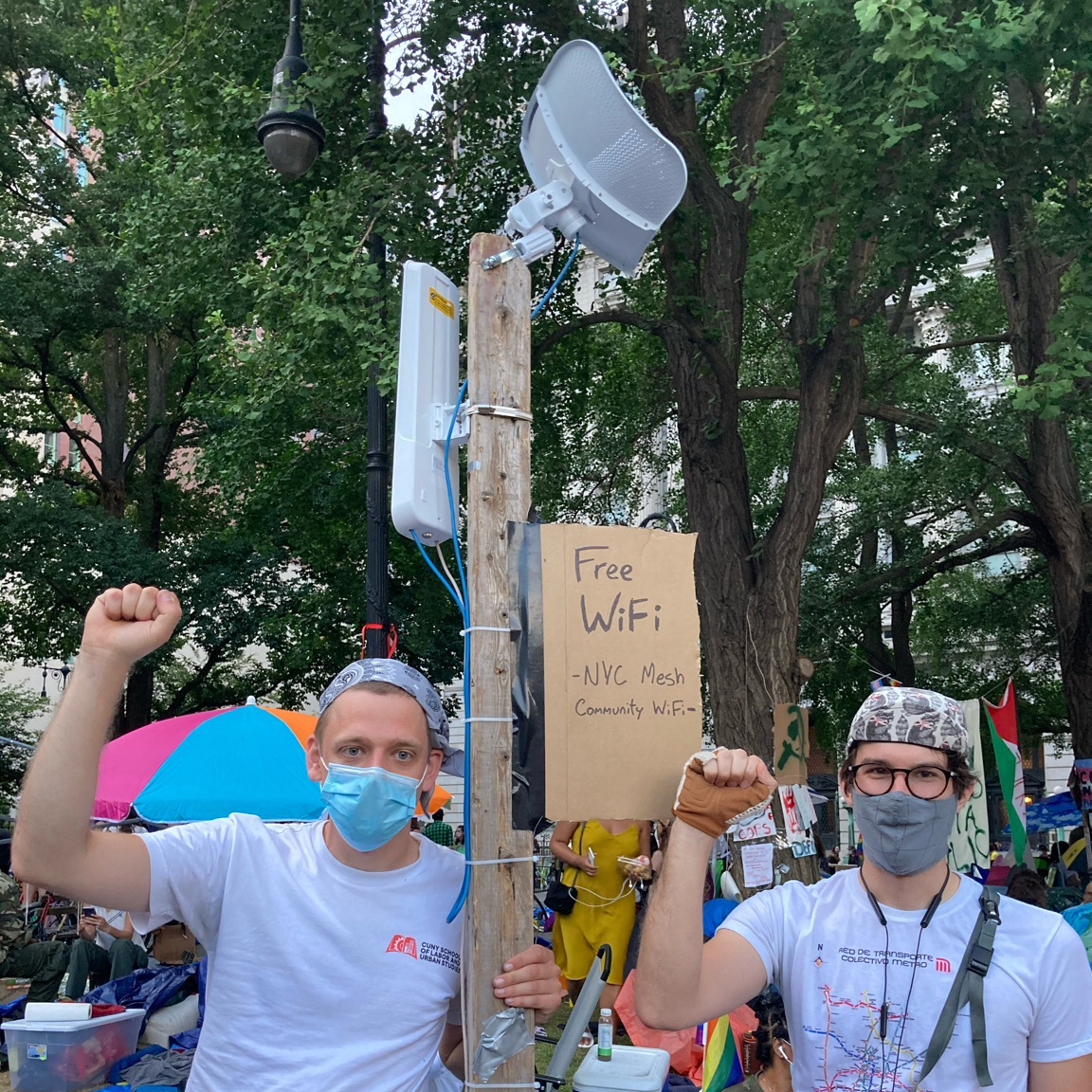 Rob and Vlado at the Occupy City Hall WiFi hub

On June 23, protesters in New York began occupying a large plaza in front of City Hall. By the next day their numbers had grown by hundreds, and by the weekend thousands had joined. Their demands were simple but radical, calling on the city council to significantly defund the New York City Police Department in the upcoming budget. Vocal-NY, an organization that seeks to empower low-income and homeless people across New York State, has been leading the occupation effort.

I joined the Occupy City Hall camp on June 24. While this meant being physically present in the space, it also involved engaging with fellow occupiers and working to serve our collective needs. From the beginning, the organizers emphasized the importance of volunteering and contributing in any way we could. I immediately signed up for volunteer shifts and started thinking about how I could best contribute to the effort.

I quickly noticed that there was no public WiFi available. While this did not directly affect me, I knew it was something that many would benefit from. As an NYC Mesh volunteer, it’s my goal to connect New Yorkers to neutral, high-speed Internet regardless of where they live or how much they can pay. Normally this means going up on someone’s rooftop, installing an antenna and running a cable down to someone’s home. In a public plaza with no roofs and no permanent electricity this would look different, but the end result would be just as essential. In addition to taking volunteer shifts at the camp, I could extend the Mesh to help provide High-speed internet for everyone, including those who don’t have other reliable options.

City Hall Park has a direct line of sight to NYC Mesh’s Supernode 1, where we plug directly into the internet backbone and broadcast our WiFi signal across the city. But when I tried to connect my antenna, I couldn’t get a strong enough signal because the antennas on top of Supernode 1 point away from the park. 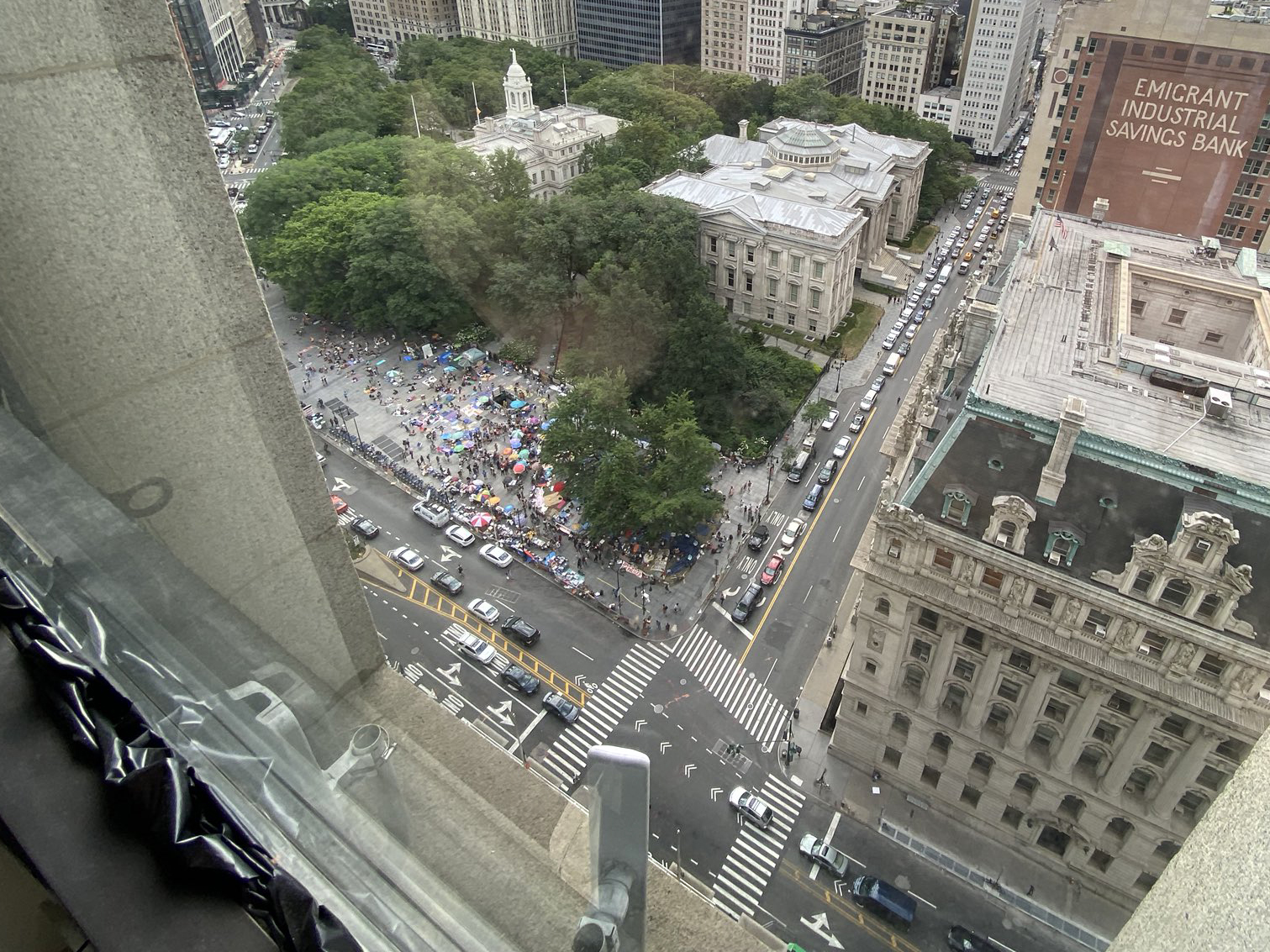 Fortunately, our network consists of more than just supernodes! Early last year, Mesh volunteers installed a hub at Manhattan Borough President Gale Brewer’s office. Due to the COVID-19 pandemic, the office was closed and the hub had been powered down, but Noel from BetaNYC went in to turn it back on for us. It worked! We now had a strong signal and fellow Mesh volunteer and occupier Vlado and I were able to combine our antennas to build a functioning internet hub for the protest camp.

Since building the first link, we have seen about 30 people connected to our hub at any given time, and we’ve also added to the hub so that it can serve more protestors. We learned that some protestors weren’t able to connect to the 5 GHz wavelength of our main antenna so we added a third antenna that would allow people with older, 2.4 GHz devices to connect. We were also experiencing power outages when the camp’s shared power grid went down, so we connected a battery pack to the antennas to create an uninterruptible power supply. Now we can charge the battery when the camp’s shared generator and solar panels are active and if the fuel runs out or night falls, we can rely on stored-up power. 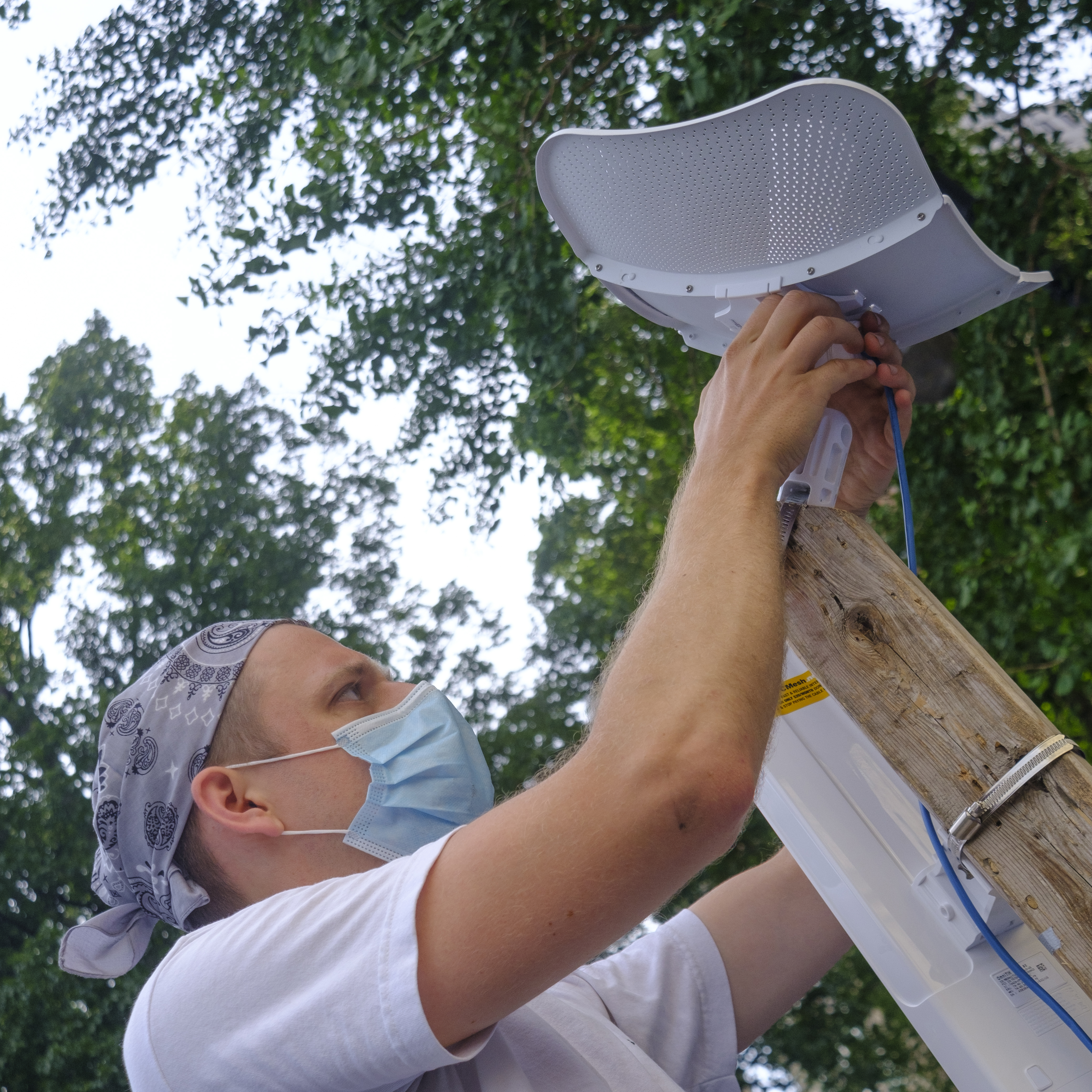 Together with other activists at the camp, we are creating a model of a more just, equitable public space in which everyone has access to not only material needs like food and water but also non-material needs like community, education and political solidarity. We are redefining ‘essential services’ and extending them to all - not just to the city’s privileged classes. Access to the internet is a human right, and I’m proud that I have been able to use my unique skills, with help from Vlado, Noel and other NYC Mesh volunteers, to bring this critical infrastructure to everyone at the Occupy City Hall protest camp.

Thanks are owed to: Vocal-NY for their planning and leadership; betaNYC and Gale Brewer’s office for hosting and supporting their node; and to all the protesters of Occupy City Hall whose dedication, passion, and hard work has inspired us all.